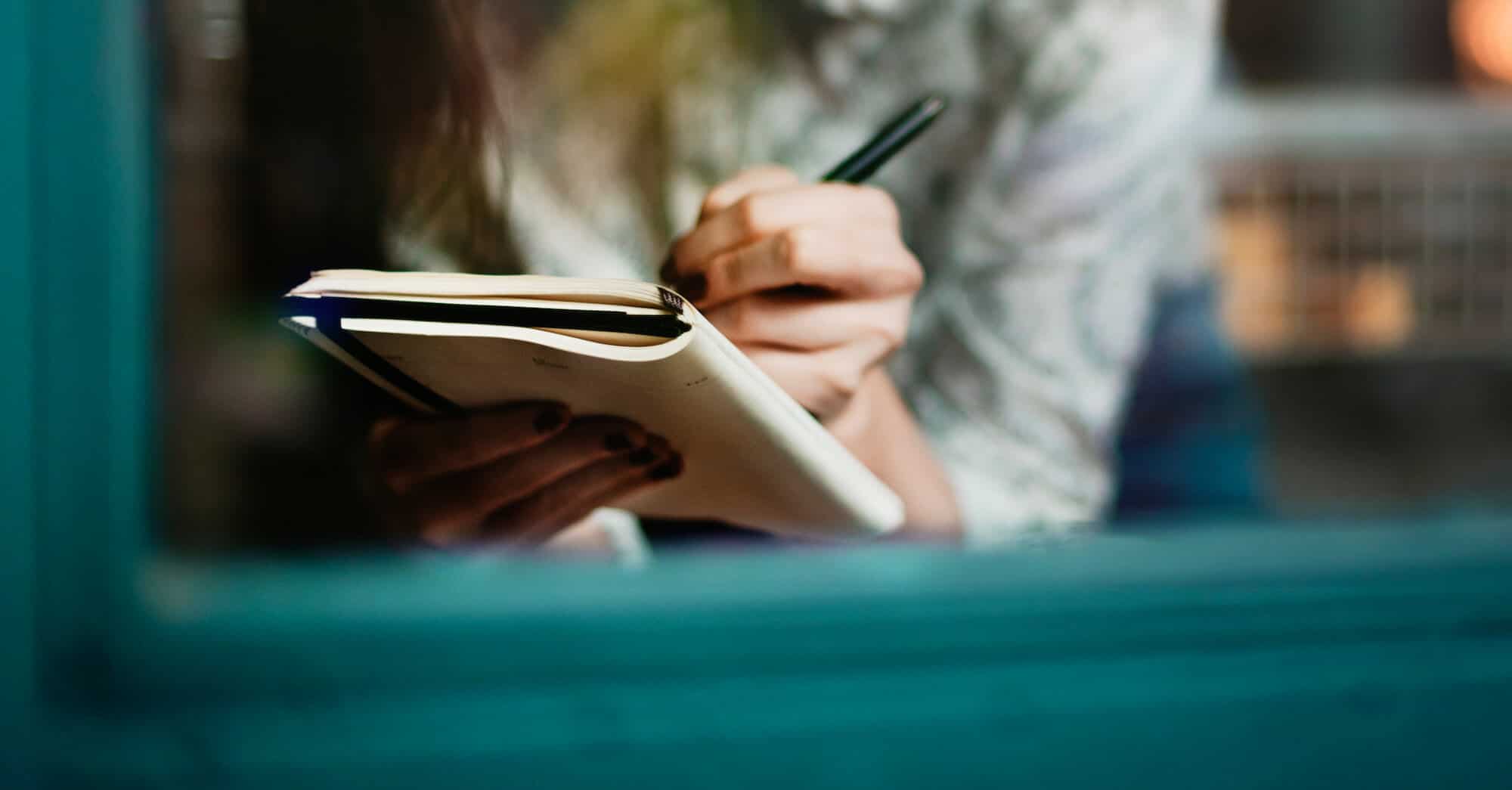 How to Write About Tragedy in Personal Statements

How to Write About Tragedy in Personal Statements

When it comes time to write your college essay, you might be thinking to yourself: “I’m normal and nothing cool, interesting or terrible has happened to me.” And, in fact, you might be right. That’s okay, because you still can write an interesting and original essay, even if you’ve never experienced tragedy.

To get a more in-depth understanding of how to write your college essay, check out our Live Q&A video below. MEK’s Academic Counseling Services Team walks you through the writing process from choosing a topic to crafting an essay that will impress college admissions officers!

Picking a Topic: The Question of Tragedy in College Essays

If you have experienced difficulty or tragedy that affected you deeply, you may choose to write about this experience in your college application. In order to write a great essay however, you need to realize that there is a right way and a wrong way to approach this topic type.

As a college essay coach at MEK Review, I encounter many students who have difficulty writing about their hardship effectively. I work with them closely to create an engaging essay that reveals the student’s core character traits and personal growth.

In this blog, I’ll show you how to write about tragedy by using the example of a real college essay written by my student Daniel*, and I will show you why it works!

Should I pick this topic for my college essay?

When we think of tragedy, most people think of a disastrous moment or an epic life event. However, tragedies can be small-scale and the type of experience that may have only affected your family or yourself. Either way, there is a way to write about these moments that can help a college understand you more.

When writing about tragedy, it is important to keep a few questions in mind:

The Biggest Mistake Students Make When Writing about Tragedy

The #1 mistake students make when writing about tragedy is effectively writing a “sob story.” This is an essay which only tries to make someone feel sympathy for you. This can backfire in a few ways.

First, it can make you come across as self-pitying, which can give a bad impression to admission officers. They may see you as someone who gives excuses or complains rather than as someone who overcomes obstacles.

Furthermore, this type of essay invites comparison. If your essay is only focused on how your troubles have made your life difficult, it will be hard for an admission officer to not compare your difficulties to other students’ hardships, and there will always be someone who has had a more dramatic or traumatic experience.

Finally, a “sob story” essay at its best only evokes genuine sympathy from the reader. While this can be positive because you want the admission officers to connect to your story, ultimately it won’t influence their admission decision. To be blunt, just because they feel bad for you, doesn’t mean they’ll accept you.

Remember, admission officers use your essay to try and learn about your passions, character, and values. Only pick a topic that can reveal your best traits and personal growth.

Back to the example:

In Daniel’s college essay, he wanted to write about something that he struggled with: his father’s emotional abuse and lack of relationship. The topic was dark and at first he was hesitant to write about it. He was worried about how he was going to be perceived by admissions boards and his parents, who would eventually read his essay.

However, we worked together to find a way to write about the abuse that he was undergoing from his father in a way that showed a great deal about him, his circumstances, and his perseverance without making the reader feel bad for him.

1. The Beginning: Set the mood and highlight your problem 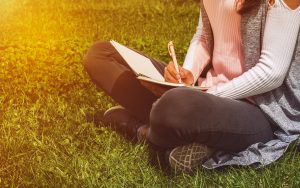 We started his essay with an anecdote that set the mood and tone, while sharing information about him and his family.

My mom demanded to know where I had been, and as I burst into the house sweating, I came up with the most believable lie I could muster: “Math Club!”

“You sweat when you do math?” she accusingly probed.

“Math is intense!” I retorted; then wiped the beads of sweat that had been dripping down my nose and slinked away. Sitting to do my homework, I could not wait for the next “Math Club” meeting, or more truthfully termed, Break-dance Club.  That afternoon, I had discovered my passion for Bboy (slang for break-dance), and my identity, Bboy Tennis Shoes.

In this opening anecdote, his use of words and phrases like demanded, burst and accusingly probed show the reader that there is tension within his relationship with his mother. He also makes it clear that he cannot be honest with his parents about being a Bboy because they would disapprove.

Now, some might think that this would put him in a bad light (he is, after all, lying to his parents about something), but we developed this further in his snapshot as a way to explain his situation.

2. The Snapshot: Reveal your character 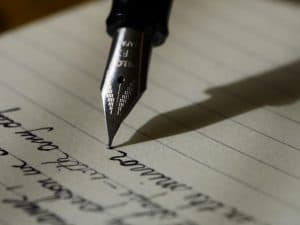 Nothing had ever been more magical than watching the Bboys smoothly move to beats– twisting and turning in ways that seemed to defy the laws of physics and the capabilities of human anatomy.  The intricacy was astounding, revealing the emotions of each Bboy, whether he coyly uncurled his fingers, belligerently spun through the air, or lightheartedly kicked up dust from the ground. Yet, their expressions as they danced were most amazing; I could see joy and freedom in their eyes as they popped and locked.

Mesmerized, I bounced to the beat as I walked up to the leader of the Club and timidly inquired, “May I join?”

“Sure. Let me teach you the basics.  Ready? Kick right. Step right. Cross left. Step back right. Kick left. Step left. Cross right. Step back left.  This is the Indian Step,” he instructed as he deftly broke into a top rock. Then he asked if I had different sneakers and told me, “Bboy shoes are like our weapons for battles.”

“I only have tennis sneakers,” I replied dejectedly.

He pondered for a moment before he declared, “Those will do.  You will be Bboy Tennis Shoes!” My sneakers, once a source of shame, became something I treasured.

In this snapshot, readers learn that Daniel had found an activity that brought him joy. This helps to lighten the mood and also acts as a contrast to the anecdote in the opening. This part of the essay makes it clear that while things might not be good at home, Daniel is able to find joy in something through which he can excel (this shows a college that he is not held back by his circumstances).

3. The Turnaround: Complete the picture of your life and yourself 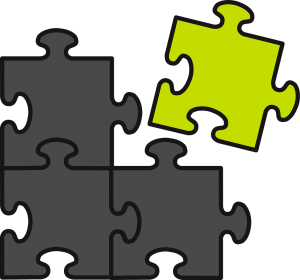 Now, in Daniel’s turnaround readers find out just why being a Bboy was his form of release and why it would not have been accepted by his parents. He writes:

The relief Bboy had given me that afternoon faded as I came home. The atmosphere was suffocating. While I did homework, I nervously awaited my dad’s return; he had always been a tyrant.  My hatred for him was literally beaten into me. If he entered silently, I would know to steer clear. If he was loud and boisterous, I could manage a Baba hao in Mandarin. I stressed at every grunt he made, cringed at the sound of his voice, and flinched every time he raised his hand.

I was a prisoner in my own home and felt like livestock, bred to be a source of income for my parents’ future comfort.  If I failed or proved unpromising, I feared I would be slaughtered. I had to escape. Bboying freed me. The random movements of my dance perfectly showed the former “brokenness” of my life.

I have hidden Bboy from my parents for two years.  I know they would not approve, yet I cannot give it up.  The moment I was taught my first move, Bboy became my life. I went to school early every morning to dance before first period, tutted to the sounds of the people in the cafeteria, and stayed late to practice ground work. Some found Bboy intriguing; others thought I was weird, but either way I became more engaged with people around me.  I made friends instead of sitting in a corner brooding over the quagmire I would find myself in when I returned home.

This part of his essay stands out as it describes the situation in which he lives and develops a strong image in the reader’s mind.

Daniel had very little connection to his parents.often felt as if he was going to break under their rule. So, while he is open with the reader about how he lies to his parents, the reader can understand why he would do such a thing based on his home life.

When he uses words and phrases like relief, I was a prisoner, and I feared I would be slaughtered, readers are able to fully understand how Daniel felt and why he might be hiding a part of his life from them: this passion he pursued gave him freedom and calm.

4. The End: Show your personal growth 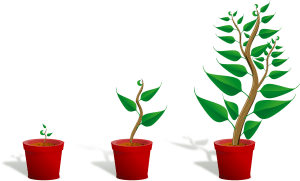 Daniel finishes his essay in a circular pattern when he writes:

Two years later, I do my homework meticulously as I await my dad’s arrival.  When he enters, I calmly proceed to greet him with the standard Baba hao, and then eat my dinner.  When he grunts, I only glance up from my homework. When he speaks, I listen attentively. When he raises his hands, I embrace him warmly.

“Where have you been?” my mom asks me as I waltz in the door.

I reply with a satisfied smile, “Math Club.”

Readers can see how Daniel has turned a negative experience (his relationship with his parents) into a positive (finding BBoying as a release) and how this has made him a stronger person. He also writes about how being a Bboy has given him the opportunity to accept his father and their relationship with new perspective.

Putting it all together

Tragedies, ultimately, can be very positive, transformative topics to write about. They often show us who we are under intense pressure. This is something that colleges want to see. Do not shy away from writing about the bad in life. It is a relatable experience that all people will go through at one point or another.

However, make sure you write about your hardships in a way that showcases inner traits such as courage, strength, empathy, optimism, or patience. Show a college the key ways in which your difficulties have helped you grow and mature.

If you’re just starting the essay writing process, explore our blog article on brainstorming compelling essay topics! For more expert advice on college essay writing, check out our Application Essay Writing program. My fellow coaches and I will guide you step-by-step through the writing process and help you craft impressive, polished essays.

We also offer Road Map to College session packages to help you write polished essays as well as complete other parts of your college application.

Call 855-346-1410 or email us at acs@mekreview.com to speak with our Director of Academic Counseling Services, Jaehee Ahn, and get started today!

As a high school and MEK English teacher, Ashley brings ready classroom management skills and a strong rapport with students to MEK. However, she is also well-versed in MEK strategy for teaching College Test Prep, H.S. Test Prep, and College Application Essays.