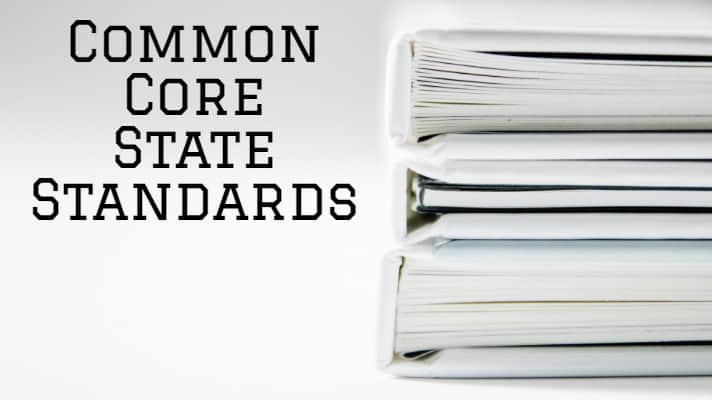 In math, the easiest way to understand Common Core applications is by looking at word problems. The implementation of the Common Core means students—even in math—will need to comprehend problems and translate them using particular mathematical skills.

Public school curricula is more concerned with calculations and don’t provide enough practice for word problems. Because students concentrate mostly on calculations, their comprehension and ability to translate what they read into algebraic symbols and expressions is very weak. Here are a few examples:

In language arts, students will be tested in critical thinking skills starting at a much younger age. Critical thinking, often reserved for older grades in high school as well as standardized tests like the SAT, will be skills required of younger students.

For example, a student may be tested on the difference between the words “approval” and “respect”.

Most students know the definitions of “approval” and “respect” but they cannot explain the difference between the two. Moreover, if presented with these two choices on a test, they often get the question wrong, even though they know the definitions. You can see why implementation of CCSS can cause student’s grades to drop.

The Common Core education standards have been fraught with controversy. Despite politicians bickering over their implementation, some states are well into the process of teaching them. Forty-six states and Washington D.C. have already implemented some form of the Common Core.

The political debate over Common Core is whether educational reform should be made on the state level rather than imposed by federal government. President Obama’s embrace of Common Core has served as a catalyst for political divides over the issue. This leads to the next point:

3. Public schools are ill-prepared for the Common Core.

Only 10 states report that 75% or more teachers received professional development to adjust to the Common Core. What does that mean? Teachers are not ready to prepare your child.

Freezes in state funding have negatively affected CCSS implementation. Twenty states reporting K-12 funding decreases, according to the Center on Education Policy. Twelve of these states reported that these reductions led to scaling back Common Core efforts. States also reported that their education agencies are struggling with capacity. Only one-quarter of all states surveyed reported they had enough staff to support implementation. Thirty-two states cite trouble connecting the standards to a new wave of teachers and principals.

4. You must take action on behalf of your child.

The bottom line is that your child needs to find enrichment programs that will prepare them for the tests they will take. Your child cannot afford to wait around for their school curriculum to catch up. Time passes everyday.

This is precisely why thousands of students have come to MEK Review. Our staff, many of whom are teachers in New Jersey school districts that have implemented CCSS, have ensured that MEK’s 1-on-1 programs are CCSS aligned.

We are ready—and have been ready—to help your child think critically.

Because MEK’s specialty is to prepare students for critical thinking, we have planned, programmed, and customized our curriculum to help your child prepare for their education.

For the best in Common Core enrichment check out our MEK Learning Circles program. Our hands-on, unique curriculum will help your child become a top performer!

Message us online about MEK Learning Circles, and our academic counselors will send you a general survey form to get you started!

MEK Review is the top learning center in North Jersey, dedicated to helping students of all ages begin an incredible success story. With our guidance, students have gained acceptances into the best schools in the country, earned top test scores, prepared for difficult admission tests, and transformed into their best selves in the classroom.To find your perfect solution, explore our programs or book your free consultation with an expert counselor!